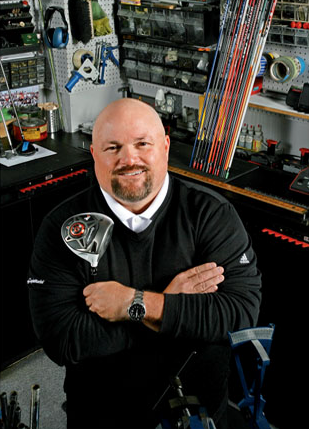 Bob VanSweden was born in St. Petersburg, FL in 1967 where he still lives today with his wife Alison and their son Carson. Growing up in St. Pete, FL Bob played a lot of sports like soccer, boxing, and skateboarding. Bob’s first career choice came the same year he graduated from High School in 1986 where he started working in the music industry, more specifically on tour with rock bands. Bob had the privilege of traveling all over the world working with the likes of RoxxGang, Megadeth, Judas Priest, Bryan Adams, Extreme, and many more.

But it wasn’t until 1991 when on break from touring that Bob picked up golf as a sport. Two years later after playing almost every day, Bob gave up the Rock-n-Roll lifestyle to settle down and start a new career. Bob’s first job in the golf industry was working in a small town in an equally small golf shop, and picked up a few club repair skills along the way. Bob soon got the hang of club repair but was always striving to improve his craft, so he went to his first club repair school in 1992.

That soon followed with an advance club repair and custom fitting class. In 1993 Bob opened what would later be the first location of The Golf Repair Center in a 10 x 20 room in the back of a Play It Again Sports store in St. Petersburg, Fl. One year later Bob was asked by Jeff Jones owner of Proline Golf in St Petersburg to move in and take over all club repair and custom club fitting in a 20,000 square foot golf retail store that Mr. Jones had built. Mr. Jones, who hired Bob as the store’s club repairman, leased a 1,000 square foot space in his store to Bob. It is here that Bob would stay and work with Proline Golf for 8 years.

In 2001 Mr. Jones sold Proline Golf and at that time Bob felt it was time to branch out on his own again. Bob moved his store to23rd avenue and 9th Street north in St.Petesburg . Where he took over a store front that at the time was called the Golfer’s Attic in St. Petersburg –this location lasted for 2 years. Then Bob was approached by Jim Smith, owner of the Missing Links Driving Range in Largo. Jim asked Bob to take over the pro shop at the driving range. Bob opened his doors on Feb 1st 2004 at the Missing Links Driving Range. 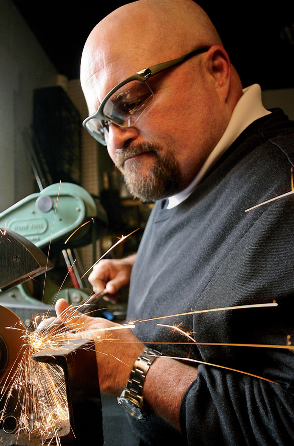 For over 10 years Bob worked to become one of the top custom fitters in the nation. He has won custom fitting awards almost every year for the past 10 years from golf companies like Titleist, Cobra, McGregor, Wilson Golf, Mizuno Golf and Taylor Made Golf.

In 2005 he was named Titleist Golf’s Southeast Region Fitter of the Year, 2007 Taylor Made-Adidas Golf Southeast region Fitter of the year. 2008 Bob was awarded one of the biggest awards in custom club fitting Taylor Made National Club Fitter Of the Year. Three years later in 2011 Bob was awarded for the second time National Club Fitter of the Year for Taylor Made-Adidas Golf. Bob is the only person in the history of the company to win this award twice. And one of a hand full of club fitter to win multiple awards over a 20 year period.

Bob has come a long way and worked extremely hard to perfect his craft. He is proud of every award he has received to date, but most of all he is grateful for the thousands of opportunities over the years to help players to play better golf.

“I try every day to fit players the best I can. Weather they are a touring pro or a weekend player. When I see them coming in weeks later after being fitted and saying to me they dropped strokes off their game because of my help, it makes all the hard work and long hours’ worth it. I have one of the best jobs in the world.” ~ Bob VanSweden